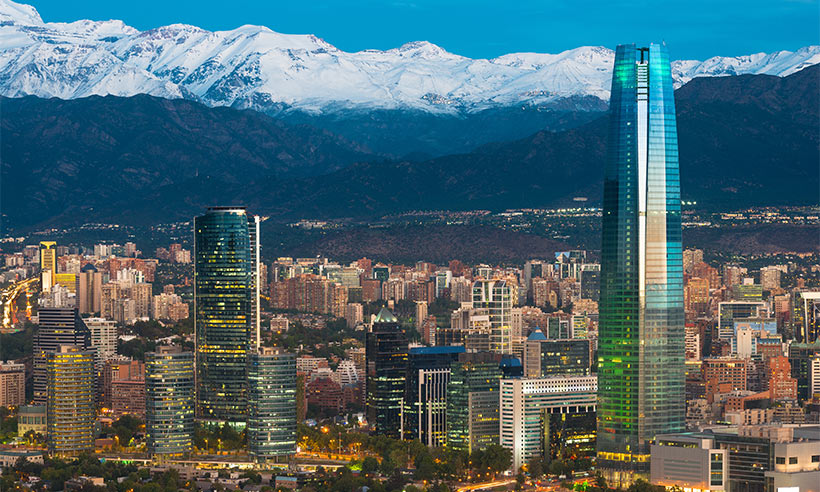 Chile is the strongest economy in Latin America, making it an attractive location for companies and startups that want to expand their business. Chile is a stable country, both economically and politically, and with opportunities in various sectors.

Latin America has grown globally as a diverse and attractive destination for investors who want to expand globally and take their business to the next level. Some countries in the region include Peru, Argentina, Colombia, Brazil, Mexico, among others. There is high participation of foreign companies in a variety of sectors, where the technology area stands out.

Did you know that many of the best business opportunities are now available in Latin America? This has been made possible by the tremendous economic development of the region. Interesting facts:

Why expand to Chile?

According to the latest InvestChile report (June 2021), Chile stands out mainly in Latin America, due to the 5 reasons:

1- Sustained Leadership: Since 1998, Chile has been the most competitive country in the WEF ranking. Today it is the first South American economy in the OECD, competitive and with solid foundations, with sustained policies that have allowed it to have the best GDP per capita (PPP) in the region.

2- Sophisticated Talent: Chile is a talent magnet in the region. It is a talented economy with a global orientation. Competitive costs and professionals trained to meet the challenges of the new economy.

3- Sustainable and digital leader: Chile is a natural laboratory for testing new technologies and sustainable businesses.

4- LATAM Hub: It has the economy with the most trade agreements in the world (65 markets), technology and integration that allows them to be the gateway to the Pacific Alliance, special trade tariffs with 88% of world GDP, agreements to avoid double taxation with 33 economies and access to 4.9 billion consumers.

5- Entrepreneurial spirit: A country with a vibrant and globally recognized entrepreneurial ecosystem, and a high level of professionals and technicians who are not afraid of new challenges. It is 1st in Latin America in the Global Entrepreneurship Index and 19th worldwide (GEDI 2019).

In addition, Chile has great geography, chosen as Top 10 Countries for Outdoor Adventure Travel, so Chile is not only for business and talent but also a place to enjoy.

“Today Chile is the leader in innovation and entrepreneurship in Latin America, we have talent and an ecosystem that is constantly growing, coupled with a rich geography that not only allows us to test new technological developments and businesses but also to enjoy new adventures and nature,” says Rocio Fonseca, Executive Director of InnovaChile CORFO.

Other aspects that make Chile an attractive destination for foreign businesses are its strategic government policies formed in recent years. Examples of these policies include:

In addition, Chile has one of the most stable political environments in all of Latin America. The nation has low rates of corruption and the Chilean media have independence from the government.

Advantages of winning the ChildTech Challenge